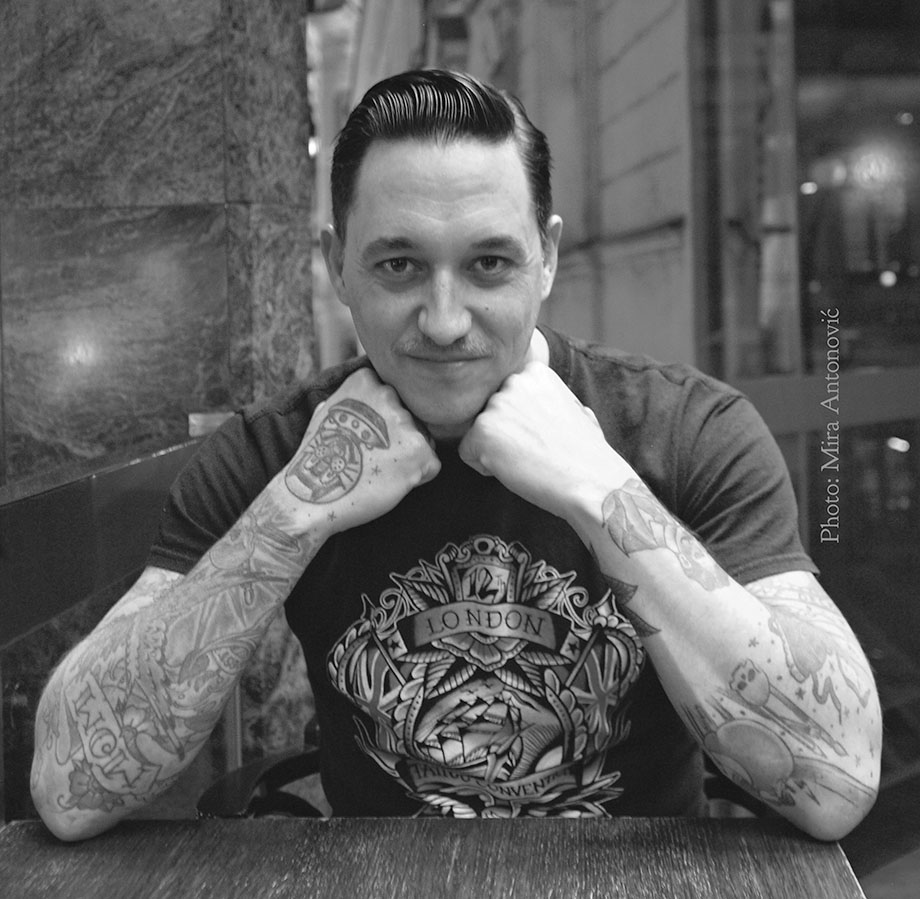 Kurt van der Basch, 1975, a Prague-based storyboard artist and illustrator, grew up in Canada's East coast maritime region, where he studied classical piano. In 1999, he entered the film and television industry as an office assistant but was soon designing and illustrating props for the Hallmark Channel's epic Chinese fantasy "The Lost Empire", working as a scenic painter on the action-adventure film, "The League of Extraordinary Gentlemen", and conceptualizing and illustrating props and sets on "Alien vs Predator" and Terry Gilliam's biographical fantasy film "The Brother's Grimm". With a knack for quick drawing, Kurt turned to storyboarding in 2003 with Liev Schreiber's "Everything is Illuminated" and Neil Burger's 2004 drama "The Illusionist". He has since applied his drawing skills to a wide range of media in Europe and the United States, from production illustrations for music videos for Janet Jackson, Kanye West, and Madonna's 2009 "Sticky and Sweet" tour, to drawing storyboards for J.J. Abrahms’ monumental 2015 reboot “Star Wars: The Force Awakens”. He has also worked on dozens of television commercials. Kurt's recent projects include J. A. Bayona’s pilot episodes of “The Lord of the Rings: The Rings of Power" for Amazon Prime, and Rian Johnson's much anticipated "Knives Out 2". Kurt regularly teaches workshops for film and illustration students.